Before I had a blog I was a member of the Twitter #fitfam.  The #fitfam on twitter and tumblr is where thousands of “anonymous” twitter users come together to bond over a love of fitness and strength. Or so they say. 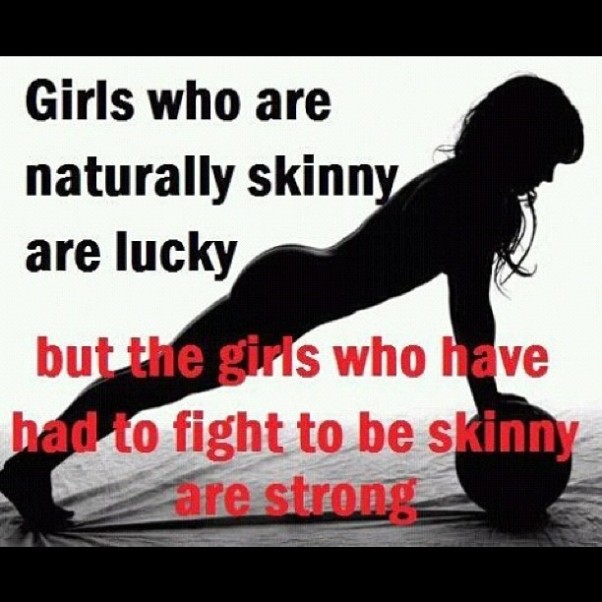 I joined looking for people who shared a love of a healthy lifestyle, a place to find recipes, share tips and inspiration.  What I found was a large percentage of #fitfam accounts that used being “fit” as a cover up for eating disorders. It wasn’t hard to get followers, I had 80 within the first day, each one desperate for advice on how to lose weight and for someone to commiserate with. Each one posting things on their own twitter accounts chronicling every single thing they put in their mouth, sharing guilt about missed workouts while at the same time talking about how they didn’t want to be “skinny” they wanted to be “fit”. They would then share photos with the hashtag “fitspo” that showed women equally as skinny as the eating disorder idealized “thinspo”, just with a small amount of muscle mass. (Following pic NSFW) 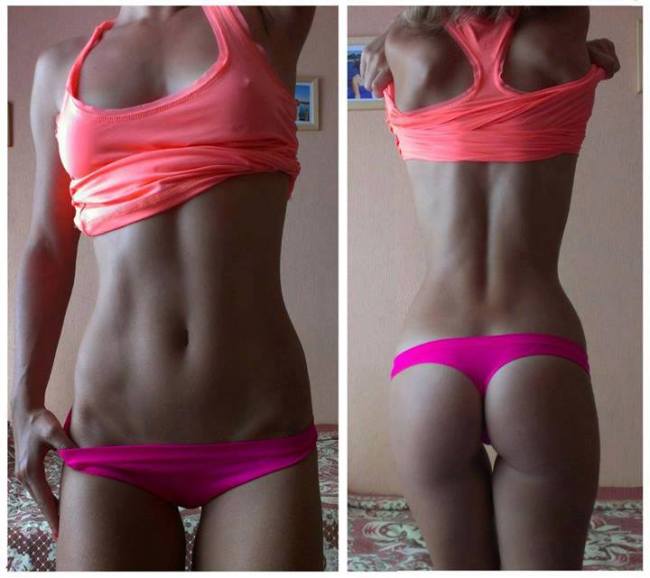 (One of the MOST often posted pictures of “#fitspo”, posted with the remarks that this body was attainable if you worked out enough compared to stick thin “starving” girls, even though it’s just as impossible for most to achieve)

In the 72 hour period that I was a member of the #fitfam I witnessed multiple people talk about how their twitter account triggered past eating disorder behavior, while still having multiple exchanges with others about what breads were the lowest calorie and how many calories other girls ate, following it all up with “I feel bad for the girls who want to be skinny, I want to be strong #fitfam”. I would throw out questions asking girls for their fitness related goals, trying to shift the focus on what you could do with your “fit” body and not how being “fit” looked.  While at the end of my 72 hr fitfam experience I had almost 250 followers, not one responded to any post on fitness goals or ability.

Just to see the reaction, I tried posting trivial things like “Wheat will make you look bloated” I would get 15 questions about how much wheat do you need to eat before you look fat, mixed in with “omg no way! Maybe that’s why I look like a blimp.” 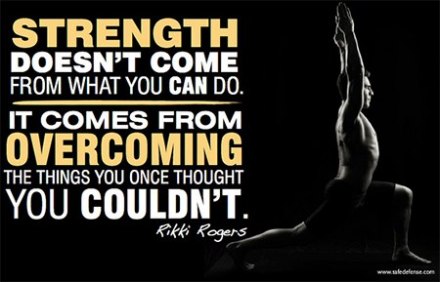 (Things like this showing pride in effort were simply ignored)

After 3 days I deleted my account. It made me too sad to continue watching hundreds of girls, a lot of them in high school, picking apart every aspect of their body and truly believing looking a certain way would bring them happiness. I could relate and I feared if I hung out long enough I would begin to think the same way again. Feeling guilty for missing a workout is not healthy. Restricting and then binging is not healthy. Hating yourself based on what you consumed that day or because you don’t look as good as the unrealistic “fitspo” that you stare at is not healthy.

This article came out last week describing exactly my experience. I hadn’t written about it before because I didn’t want to get personal or offend people. Of course there are people who follow the #fitfam groups to truly find motivation to accomplish goals other than becoming thin and hot. But as the ice was already broken I thought I’d put it out there for people who currently are an active part of the twitter/tumblr fitfam to stop and consider if you enjoy being fit because of what you can accomplish, or if you believe achieving that perfect fitspo body will truly make your life better. Almost all the girls AND guys I saw on twitter were consistently lonely, no matter how amazing their body was, and hoping that they would be happier and have more friends once they obtained that perfect body. Just like I mentioned in my previous post,  image is not what makes you happy. You have to change your relationship with the world from the inside, changing what you value and what’s important. Once you do that, the image on the outside won’t matter as much.